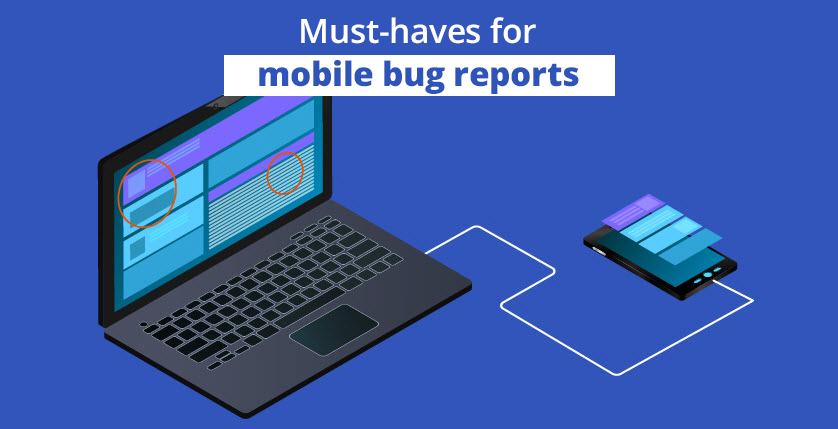 Reporting bugs, it is important not only to have the correct and accurate description but also to specify what exactly was tested  and on which platform the testing was performed.  These nuances are specified differently by each company. In this article we’re going through the QATestLAb company’s requirements for reporting bugs found on the mobile devices.

Let’s look at the example of the environmental description in the «Mantis» bug-tracker while testing on real devices. There are «Platform», «OS» and «OS Version» fields in this system for environment description. In our case, in the «Platform» field we should write the word «Mobile», the «OS» field should specify the name of the mobile platform (Android, iOS), and the «OS Version» field should contain the version of the operating system.

Sometimes, for the quick layout testing or when the necessary device isn’t available and the emulator can’t be installed, the browser developer tools can be used. Of course, this method is highly inaccurate, but it can approximately show how the site will be displayed on the device. In this case the «Platform» field should contain the name and version of the browser installed on the PC, and the «OS» and «OS Version» should contain the name of the used operating system and its version, respectively. Also, it should be specified in the section with additional information that testing was conducted with the Developer tools, as well as what device was chosen and its screen resolution.

In our company, it is required to specify the word [Mobile] and OS where the testing was conducted in the beginning of the summary, so the developer could realize and note to themselves that the bug was found on a mobile device just by looking at the bug-report summary.

For example: [Mobile] Android: The keyboard is displayed in the portrait orientation on the registration form after tapping the name field and switching the device in the landscape mode.

Also, it is required to specify in the «When?» part what is the phone mode (portrait or landscape) if the bug appearance depends on the orientation switching.

Testing sites, this section is described the same ways as for the desktop.  First step should contain the link to the main domain, and then list what should be opened and what should be clicked. It is important to use the right terminology while describing touch screen gestures, especially you should pay attention to it when reporting the bug in English. More detailed information about the gestures names can be found in the article.

The download link is not necessary in the first step when we are testing the app. It is enough to specify the name of the app in the «Additional information» field.

Also, don’t forget about the screenshots and video that demonstrate the bug. The screenshots should contain the red arrow and rectangle that highlight the found defect. The methods of taking the screenshots on mobile devices are described in detail in the 6th lecture of the «Fundamentals of Software testing» course.

At the first glance, the rules described above can seem weird and inconvenient, but in reality they’re making life easier for the developers who will read the bug-report. Most products nowadays are multi-platform, so it is important to understand immediately on what version of the product – the mobile or the desktop one – the bug was found.