How to write the description of the bug according to the «What? Where? When?» principle

HOMEBlogCourse materialsHow to write the description of the bug according to the «What? Where? When?» principle

How to write the description of the bug according to the «What? Where? When?» principle 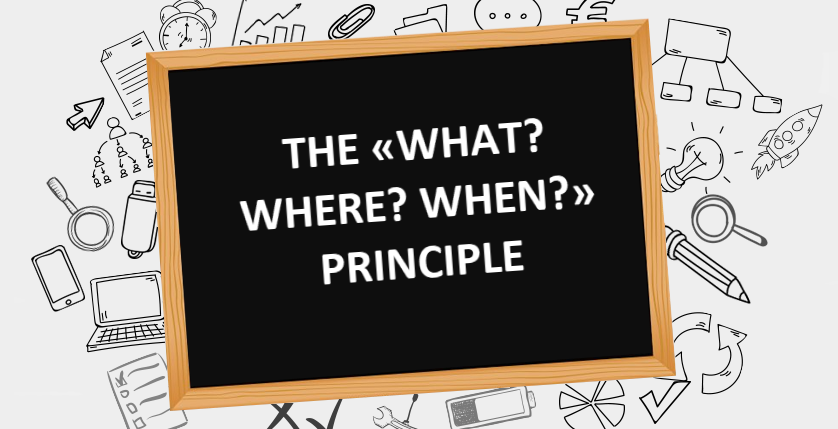 In terms of the «QA for the beginners» rubric we will look through the «What? Where? When?» principle closely.

We all know that  bug reports are created in a special system called a bug tracking system.

Nowadays there are a lot of bug tracking systems, however they have one aim - to describe the essence of the defect precisely and laconically. This is the reason why they all have the similar filling principle.

When reporting a bug, it is recommended to include the following information:

Writing the bug report, you may notice that some fields can be defined according to the requirements. This option depends on the type of bug tracker and the requirements for the individual project.

So, let’s consider how to properly fill in the required  «Description» or «Summary» fields.

In order to avoid confusion, as well as to save the already limited time of the project, in IT practice it was decided to unify the approach to filling this field and thus make life easier for programmers and testers who will work with bug reports.

Describing the defect, it is very important to indicate the essence of the problem, in what place of the system it happened, as well as under what circumstances. In other words: the field «Summary» is filled in on the principle «What's going on? Where is it happening? When does it happen?», answering the questions strictly in this order.

Let's look at examples to consider the main problems may arise when describing a bug:

The «What?» part of the principle is NOT a noun, but what happened - to some extent - is VERB-clarification («What is happening?» Or «What is NOT happening?»). This problem is especially well illustrated by the example of the English version of the report.

This principle is designed to facilitate the work. When one starts to be guided by it, then they will have more time for their favorite activity: finding bugs and errors in the software.

We recommend students of our online courses to read this information carefully, as it will be one of the reference points in the process of checking and evaluating homework.